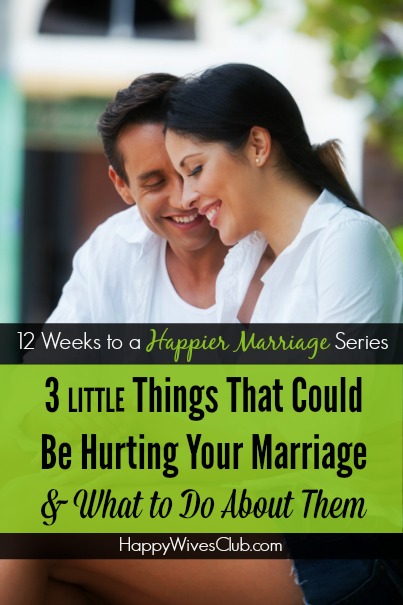 *Welcome to week eight of this 12-week series based on the New York Times® bestselling book, Happy Wives Club. Join me each week as I share 12 principles about marriage I’ve learned from some of the happiest couples around the world.*

“Oh, I never keep score,” I would have proudly proclaimed had you asked me a few years back.

For the most part, that was absolutely true.  But as I examined my heart a few years ago, I realized, there are actually three ways of keeping score and I was guilty of at least one.

The first way of keeping score is to keep track of what your spouse does wrong; focusing on the error of their ways.

The second way of keeping score is to keep track of everything you do right; subconsciously (and sometimes consciously) expecting a reciprocation of sorts.

When I’d take out the trash instead of waiting for Keith to do it – count that as one point for me.  When I cleaned up the house or did laundry, especially when my work days were as jam packed as his, I’d look for a pat on the back.

“Gold star for Fawn!” was the big joke in the house every time I did something for him or us outside of my normal routine.  It took me a few years, but I finally realized keeping a scoreless marriage wasn’t just about not keeping “score” of what Keith did wrong, but also of what I did right.

The third way of keeping score, and quite possibly the one that trips most women up, is a tendency to keep score against other marriages.  John bought Sally a new car for her birthday, always mows the lawn, cooks and helps in the kitchen.  Score one for the Johnsons!  David always opens the car door for Anne, puts his arm around her whenever they’re sitting down, and strokes her hand whenever he has a chance.  Score one for the Bates!  Look at the amazing vacation Adam and Tracy took.  Those pictures on Facebook are stunning.  Score one for the Andersons!

Whether we realize it or not, if we aren’t careful, this third way of keeping score can creep into any marriage.  Earlier in this series, I wrote a post on the danger of comparisons, and the responses were quite telling.  It was clearly one of the most common ways of keeping score.

All three of these ways of keeping score creates winners and losers and any one of them could be hurting your marriage.

So this week’s tip to creating a happier marriage is rather simple: strive daily to never keep score.  Rather than keeping score when your spouse does something wrong, apply grace.  Instead of keeping score when you do something right, remind yourself that giving is a blessing in itself, and when done unselfishly, has the same reaction as a boomerang – coming right back around to you.

And the next time you think about keeping score against another marriage, remind yourself that every day, you have the ability to create the marriage of your dreams.  And your dream marriage should not replicate any other.  That would be quite boring –and unoriginal- don’t you think?

YOUR TURN: Have you ever kept score in your marriage?  What did you do to change that pattern?