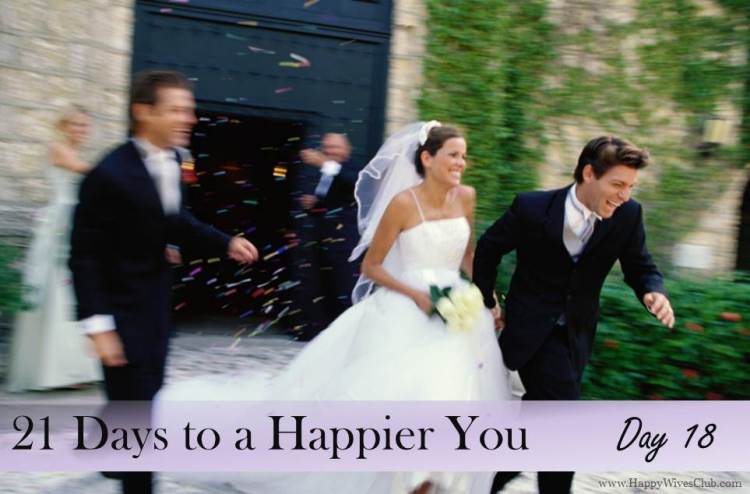 God + You + Your Spouse = Happy Marriage?

Several months ago, while I was traveling around the world, interviewing couples happily married 25-years or more in search of the secret to a happy marriage, I discovered something fascinating.  Something I wasn’t quite expecting.  I determined there were 12 common denominators between all of the couples.  Twelve glaring similarities I simply could not ignore.

From Canada to South Africa to Mauritius, London, Rome, Croatia, the Philippines, New Zealand and Australia, interviewing each of the couples was like speaking with a variation of the same.  Their cultures were diverse, how and where they grew up in the world was different, even their faiths were dissimilar, and yet they were so alike.

When deciding who I would interview in each country, I had only one requirement of the people setting up the interviews.  I asked my friends who’d grown up in other countries, or lived in the countries I’d be visiting, to point me to the one couple they think of when I mention what some believe to be an oxymoron, “happily married.”

I was in search of that one couple who have been so consistent in their love and affection toward one another that their families, friends and communities all took notice.  I only wanted to interview couples in each of the 12 countries I’d be visiting who over the years have proven their love to be real.  And each of the couples I interviewed fit this mold.

What I didn’t use to determine who would be chosen for interviews was race, socio-economic class, upbringing, culture or even their faith.  But one of the things I found most interesting after interviewing them all is they each had a belief in God.  All of them prayed for answers when they could not find them on their own.

One couple I interviewed in New Zealand, Mark and Barbara, fell in love with each other after Mark had been given a life threatening cancer diagnoses.  The doctors said they had given all the treatments his teenage body could take and informed his family he had no more than two years to live.  Now, happily married for more than 28 years, they contribute their life together to a unwavering faith and trust in God.

Story after story, each couple proclaimed their love for one another and their love for God.  They shared with me how difficult communication would be if they didn’t have a faith in Someone much greater than them.  Someone who could serve as a liaison between the two; helping each other understand one another better.

So when thinking about boosting the happiness in one’s marriage, I have to wonder if it is even possible to be blissfully happy in your marriage for 10, 20, 30, 40 even 50 years and not have a relationship with God.  I’m not sure.  I can’t answer that question because I’ve traveled the world interviewing happily married couples and am yet to meet one who fits that bill.

Then again, maybe that in and of itself answers the question and reminds us why a relationship with God is one of the three components of the happiness triangle.  On the other hand, I’ve met many couples and singles who love God and are absolutely miserable.  But there is a reason.  And for that, you’ll have to join me tomorrow as I take on the misconception that all you need is God to be happy.